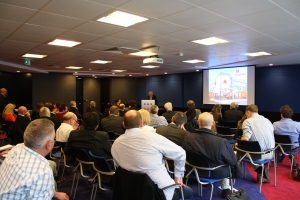 Yesterday was a double whammy for SME Alliance – we had a morning meeting sponsored by EMM law http://www.emmlegal.com/meet-the-lawyers/kate-mcmahon/ on the subject of Private Criminal prosecutions and an afternoon meeting sponsored by the Metro Bank. I didn’t attend the morning meeting (no room at the inn) so I can’t say a lot except we’ve had some really good feedback and we’d like to thank Kate McMahon and her team at Edmonds Marshall McMahon for their hospitality and for explaining how the process of Private Criminal Prosecutions works. Hopefully Andy Keats, who set the meeting up for us, will blog about it in the very near future.

The afternoon meeting at the Metro bank also went brilliantly. Derek Granville, our host, was our first speaker and he explained both the ethos of the Metro bank and the way they work. Two things in particular were music to the ears of our members. First – they don’t want to sell you financial products. So no PPI, no swaps and no other dodgy, so called, insurance. Secondly the Metro Bank is completely deposit funded and there is no wholesale funding. So they are not reliant on the ‘money market.’ Sophie took loads of notes of the whole meeting and we will post all the main points Derek made as soon as she has typed her notes up. But I can say a lot of us were very impressed with what Metro bank has to offer and it does seem like they are bringing back old fashioned banking where you know who you’re dealing with and what you’re dealing with. 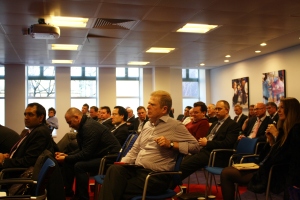 Our second speaker was Andrew Hilderbrand http://gunnercooke.com/team/andrew-hildebrand/ who is a mediator. And whereas the word ‘mediation’ means an alternative form of bank bullying to some of our members, Andrew very eloquently put the case for positive mediation. As many members pointed out, it’s not always the case you can get a bank to consider positive mediation as they’re used to having everything on their terms. However, tying this in with our report to Andrea Leadsom where we suggested ‘FOS Plus’ would require banks and clients to ‘mediate’ early on in the process of dispute resolution, Andrew’s brand of very successful mediation would work very well. Will blog in more detail soon – or better still I’ll ask Andrew to blog.

Our last speaker was Lindsay Whitelaw from Urica. This company offers a very different type of factoring. I have never thought much about factoring except when people call to talk about Bibby (which they often do) but what Urica is offering sounds very different and very positive. The difference with ordinary factoring is Urica requires no personal guarantees and only checks the credit worthiness of the creditor. Anyone who uses factoring services should check Urica out: https://urica.com/ As their website says – “It’s not invoice discounting because that’s just debt by another name.” So it’s an interesting concept and a very new business model. 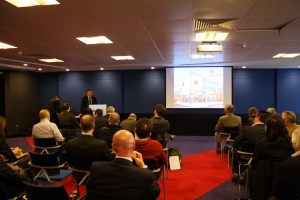 Overall it was a great meeting with many new faces including people I’ve been talking to for years about HBOS, Lloyds, bank fraud, SME issues, but I’ve never met. And both Jon and Nick invited some interesting guests. But as always it was really great to see all of our founder members there. I know some people came from Scotland, Wales, the West Country and the North of England. Thank you all for making the effort to travel so far to join us. And thanks also to the two new members who felt it was so positive they have offered to sponsor us.

I will blog again over Easter in more detail but, if I don’t get another blog out before Easter Friday, Happy Easter to all and many thanks for your support. Who would have thought we could achieve so much in such a short time???

p.s I don’t know what time everyone left the Shakespeare’s Head where networking was still going strong when the Turner crew left about 7.00pm but I’m guessing Weatherspoons like SME Alliance!