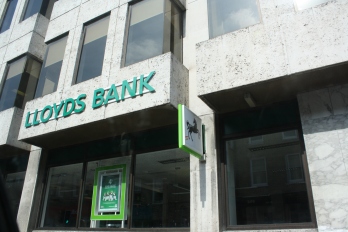 I’m confused – for years now the FSA followed by the FCA have been looking into the conduct of HBOS. Whether or not he is considered good guy or bad guy, I know Hector Sants (who admittedly took some persuading) was eventually keen to get to the bottom of what had been going on in HBOS and he wasn’t in the mood for ‘cover up’ when he released the BoS Censure Report in March 2012. Not long after that he mysteriously went from being the golden boy tipped to take a top job at the Bank of England, to relative anonymity. Since then nothing has been heard about the Section 168 Report commenced in June 2010 specifically into HBOS Reading (probably because of the ever pending criminal trials due to start in January 2016) and the overall report into HBOS and its top management has been continually delayed.

Articles in the press yesterday seem to confirm that report will be out next month (October 2015). However, even now, after the endless delays and God knows how much spent in legal fees by the Bank (I imagine Lloyds has picked up the bill for Stevenson, Hornby, Cummings and Crosby – if he’s actually included) and the regulator, we have now been warned to expect redactions.

How does that work? The regulator does an in depth investigation into the catastrophic demise of HBOS and the people who were running the Bank don’t like the conclusions the FCA have reached – so they are able to have certain parts redacted. I’m not saying the report found anything criminal (although in my personal view I fail to see how it couldn’t have found some very shady conduct) but even in a civil court, could someone ask a Judge to redact the bits of evidence they don’t like? Imagine, “your honour, I don’t think the evidence before you puts me in a favourable light so I’d like that bit crossed out.” I would love to have any current photo taken of me photo shopped so I look thirty years younger but the truth is, I’m not. These possible redactions are similarly trying to change history – and it can’t be done. Neither should anyone countenance attempts to do so.

I have been told (repeatedly) that the FCA has quite extraordinary powers, should it care to use them. I know the powers of the FSA were split between the FCA and the PRA but all the same, how can top bankers or their legal teams, oblige the regulator to redact the findings of its own report? It makes no sense. Neither does the sharp ‘Harp’ exit of Mr Wheatley make sense. I find the whole thing very concerning. Rumour (or the media) has it, Mr Wheatley was too ‘consumer friendly’ and this did not fit in with Mr Osborne’s plans to make sure the City Of London retains pride of place in the financial world. Which is a bit odd because lately, even the BBC has been portraying the Square Mile as something akin to the Guild of Thieves from the Disk World.

Therefore, what worries me is this: if Mr Wheatley had to go because he wasn’t banker friendly enough, how can we expect Mr Osborne to allow a full, frank portrayal of what went on at HBOS?

Although various MPs and, I think, the TSC have demanded to see any redacted passages, how can other people, who have first hand experience of what was going on at HBOS, ever challenge what they will never see? I do know what some of the information and evidence the PRA received to contribute to this report was, as I sent some, as did Paul Moore. We didn’t send it randomly in the hope someone would read it, we were in direct contact with the PRA and the Bank of England via the Governor and we know they all received and read our evidence. Consequently we have our own views on what the FCA Report should include. It’s not a pretty picture and I have often wondered how the bankers concerned would refute this evidence? Well obviously, if the contentious or nasty bits of the report are redacted, they won’t have to!

Redaction has been a big issue with SME Alliance recently. Members sending Direct Access Requests (DSAR) to get their information from their own central files in banks (mostly RBS) have received such varied replies, we’ve asked both RBS and the Information Commissioners Office (ICO) to clarify exactly what members should expect to get. The answers so far have been as clear as mud but it is pretty clear no one should be getting entire pages redacted. Neither should anyone be getting information that has been manipulated or tampered with (that’s another story coming soon). We are struggling to get to the bottom of Section 7 of the Data Protection Act 1998 and a definitive interpretation. But I’m not sure Section 7 of the DPA was ever intended as a barrier to regulators publishing reports on banks or bankers! Neither was Maxwellisation and the remarkable Re-Maxwellisation meant to be used as a means of delay or ‘cover up.’ These are clearly new techniques invented by the very clever (and well paid) lawyers of La La Land – but that doesn’t mean we or the regulators should blithely accept them.

My other concern is that while this report may actually be more candid than others before it (I’m remembering the 1 page press release fiasco from Lord Turner about RBS http://www.publications.parliament.uk/pa/cm201213/cmselect/cmtreasy/640/640.pdf ), it will be written in such a way as to minimise any potential legal actions against Lloyds Banking Group who merged with HBOS. Contagion is a huge issue for the banks and I’m sure the emphasis of this report will be on “this is what HBOS did but Lloyds were totally unaware of any of this.” Which begs the question (again) – why would Lloyds go ahead with such a critical merger without knowing chapter and verse of what they were getting involved with? Money laundering rules being what they are these days (or profess to be), banks need so much information to open an account, I’m waiting for “what colour knickers are you wearing” to be added to the list of KYC questions. So it is inconceivable Lloyds had inadequate detail about their new partner. And, in my opinion, Lloyds didn’t just merge with HBOS, they’ve done a pretty good job at morphing into the same sort of unethical and unattractive organisation.

Last thing – I know many victims of HBOS have waited years now for some sort of closure. The criminal trials regarding HBOS Reading have taken years to happen (if they ever do) and the various reports on HBOS have been endlessly delayed and now (probably) redacted. While I don’t suppose the ex management of HBOS have been quite as cavalier about the FCA report as they were about running the bank, I very much doubt if any of them have suffered anything like the hardship the banks’ victims have. Some of us have had our businesses ruined and our lives on hold for many years. Not to mention the many people who lost their savings and their retirement plans via the disastrous way HBOS was run. So I really hope, regardless of the HMT’s desire to hang on to its golden goose (that many of us feel is actually a dead duck), that when the HBOS Report does finally come out, it is as honest as harsh and as damning as it should be. Hector left us with the BoS Censure Report – before Mr Wheatley left, let’s hope he finished the job and, for once, let the blame fall where it’s due.